The 2010 Capital Fringe Festival has now opened and this year DCTS has invited some of our favorite bloggers to join our team of 20 writers covering each Fringe production. 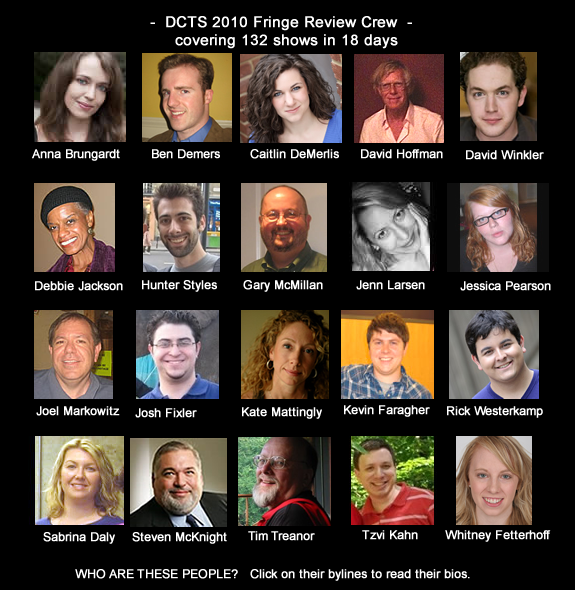 What did they like? The links to their reviews appear in the sortable table below along with their ratings from 1 to a top “Must See” rating of 5)

Lorraine Treanor has been editor of DC Theatre Scene since 2006. She has produced plays and concerts in her hometown of Chicago, and twice in the Capital Fringe festival. Her daughter Nina Norris is an artist working in Chicago. Life's a blast because she shares it with writer Tim Treanor.