What waits beyond the veil of reality? Is it Heaven? Hell? Or something else? This very human question forms the crux of Oblivion, a charming new opera charting one man’s struggle with his own mortality and the prospect of life after death. 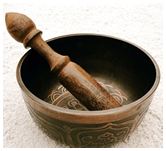 Adapted from the H.P. Lovecraft short story “Ex Oblivione”, Oblivion follows the last days of Howard Bright, a man with a loving wife and son, a good job, and a terminal diagnosis. As Howard’s physical state deteriorates, he begins to experience incredibly lucid dreams. Every night, he walks through a gray wilderness and labyrinth of trees to a small bronze gate, behind which lies the great unknown. Soon Howard must make a choice: remain in our reality, or pass through into the world beyond, never to return.

Composer and Librettist Kyle Gullings has created a beautiful, unconventional score befitting Lovecraft’s existential tale. The performers begin the opera singing in easy recitative about common topics like closing a business deal and their son’s new baby, eventually shifting into heartfelt arias reflecting on Howard’s life and gradual death. With a deft touch, Gullings balances the sorrow felt by Howard’s family with Howard’s own excitement and apprehension at crossing over to a new reality. The pieces written for the sages offer lovely three part harmonies and fantastical passages which frame Howard’s journey with a combination of mystery and menace.

The performers handle the challenging score with panache.  As Howard Bright, James Rogers delivers powerful, arresting vocals, yet he wisely holds back just enough so as not to overrun his humble, everyman persona. Rachel Evangeline Barham brings a quiet vulnerability and bell-clear soprano to the role of Howard’s worried wife, Sonia, and Alexander Wolniak graces the audience with his marvelous tone as Howard’s son Philip/Sage 3. Melissa Kornacki and Christine Gahagan perform admirably in their dual roles as Dr. Greene/Sage 2 and Nurse/Sage 1, rounding out a remarkably talented cast.

The staging is to be commended as well. With only a few pieces of furniture, some simple lighting cues, and plastic wrap, director Sasha Bratt has created a space wherein Howard’s home and hospital room happily coexist with the dream space of sages and ancient trees. The plane shifts are fluid and neat: As Howard slips from our reality, the orchestra strikes their chimes, blue light bathes the scene, and the actors glide gracefully about the stage, as if in slow motion. Bratt creates simple yet elegant tableaus with the actors’ bodies, which, when combined with the dynamic lighting and shadow, give certain scenes a painterly feel not unlike a Renaissance canvas.

Oblivion is an elegant, melancholy production that deals with the heady theme of death and rebirth with its own dignified style. With a one-hour runtime, Oblivion is a brief but wholly worthwhile journey, boasting a dreamy score, polished performances, and an existential debate that plants itself firmly in the minds of the audience.

Ben Demers is a longtime DCTS writer and board member, lifelong theater enthusiast, and sometime performer. Since 2009, he's covered a wide range of wonderful theater productions across DC, MD, and VA, developing a particular soft spot for small, quirky productions. When not writing about theater, he works as a digital marketing professional and enjoys exploring DC's cultural and restaurant scene with family and friends.