“Tricia is gone. They have found her body,” her brother, Brian McCauley, wrote in a Facebook post this morning. “Thank you for all your work, support and love. To all of her DC family, I know that she truly thought of you that way, thank you for being there for her all these years. Hang on to each other.” 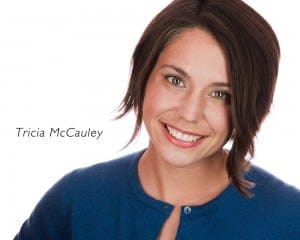 Police confirmed this morning that they have found the body of Tricia McCauley, a DC actor, yoga teacher, voiceover artist and resident herbalist at Common Good City Farm. McCauley, 46, had been missing since Christmas day.

She was heading out to be with friends for a Christmas dinner, her post on social media on December 25 said. She never arrived. When she wasn’t on a subsequent flight to visit her family, those close to her notified the police.

Acting Police Commissioner Peter Newsham announced this morning that they found McCauley’s body in her car near 22nd and M Streets NW, thanks to a call from an unidentified tipster. A suspect is now in custody.

In response to questions from reporters, Newsham stated that as far as they could tell McCauley and the suspect did not know each other. A time and cause of death, he said, would be announced after the coroner’s report this afternoon.

CBS news reports what Newsham confirmed. The suspect, identified in a photo here, apparently robbed a CVS store and assaulted employees during the time of her disappearance. Police caught up with him when an unidentified tipster identified the location of McCauley’s car, Newsham said.

DC Mayor Muriel Bowser urged people who could contribute to the police’s timeline to call 202 727-9099.

Tricia McCauley’s notable performances on the Washington stage included On Approval, Elling, Lord Arthur Savile’s Crime, and Major Barbara (a Helen Hayes nominee for Outstanding Resident Production) for Washington Stage Guild, The Last Seder for Theater J, Lyle the Crocodile for Imagination Stage, Cloud 9 for Catalyst Theatre Company, Dreams in the Golden Country for the Kennedy Center National Tour, and Oleanna for the Scena Theatre tour of Slovenia and Croatia. This month, she returned to Washington Stage Guild, working backstage as Assistant Stage Manager for It’s a Wonderful Life: A Live Radio Play.

Here are some of her favorite performances, as noted on her website TriciaMcCauley.com

Christopher Henley who, along with many in the community followed the unfolding story overnight wrote: “I never saw her to be anything but extremely positive and gentle. As many of her friends did, I would periodically receive emails or social media posts with guidance for living and eating in a natural and healthy manner. Her loss is not only the loss of an artist and of a good person, but of someone committed to making that part of the world within her influence better.”

A vigil will be held to honor her tonight,Jasmine Chehrazi reported. “Tricia’s regular weekly yoga class at 5:15pm today is being transformed into a community-led vigil celebrating her life and love that lives on in all of us forever.” For more details visit the Tricia McCauley Memorial Page.