Over the course of the next two months, the Kennedy Center will showcase the work of five of the theater’s preeminent directors from across the globe: Robert Lepage, Carlos Diaz, Sulayman Al Bassam, Peter Brook, and Lev Dodin.

Alicia Adams, vice president of international programming and dance at the Kennedy Center, was tasked with putting this innovative program together, and she sought out work that has currency in today’s global environment.

“A lot of times when I’m curating a program, some of it is seeking out particular artists and some of it is opportunity that arises, so I like to be flexible when looking around the world for work that I think would be great to present here for our audiences,” she says. “This group of acclaimed directors I found to be a great representation of those working around the world and the plays reflect some of the most brilliantly inspired storytellers and organizers of illusion.”

With all the great directors out there, choosing just five wasn’t easy, but Adams made her decision based on a number of factors, including her appreciation for a director’s legacy, the work itself and the pedigree of those taking the helm.

In the past, the Kennedy Center has done a World Stages Series, and theatergoers often viewed it as a festival experience. Adams knows that audiences will pick and choose what they see depending on their own taste, but hopes people will see them and says the Kennedy Center is offering some special packages so they can do that.

“People have told me that they feel like this is their Edinburgh. It’s always buzzy and always lots of people, and people take the chance and go to everything,” she says. “Though these are well-known directors, still people don’t know these particular works, so they are taking a risk in buying the tickets and coming to see them. That’s what a festival is about and what I try to create with a series like this.” 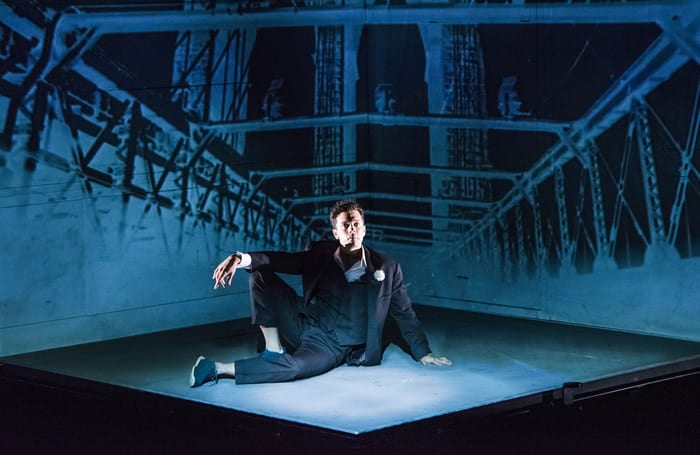 The fictional story was triggered by the art of French poet and filmmaker Jean Cocteau and American jazz artist Miles Davis, coincidently crossing the Atlantic Ocean in 1949, visiting each other’s cities. The show will be performed March 16-18 at 8 p.m., with a 2 p.m. matinee on March 18. 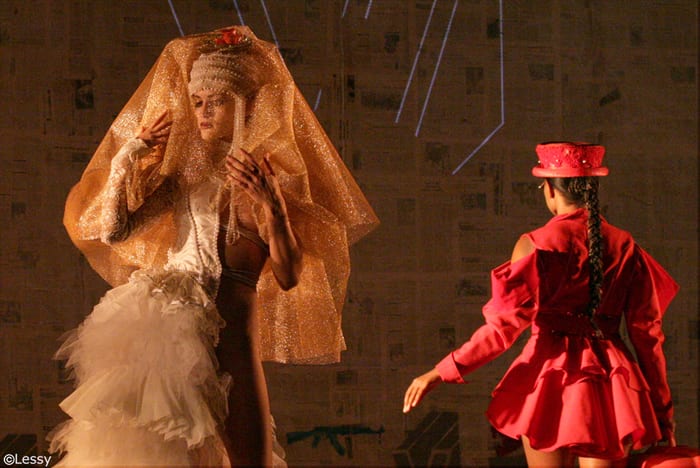 “Carlos is one of Cuba’s most well-known and respected directors, so we are really excited to have him year,” Adams says. “He has sort of taken Antigone apart and turned it on its head and using it to talk about Cuban history. I think people will find that interesting.”

The play is structured on a series of non-linear monologues and embroidered with exotically absurd costumes that the five-member cast dons and sheds rapid-fire as they work through dozens of different characters. Both shows begin at 8 p.m. 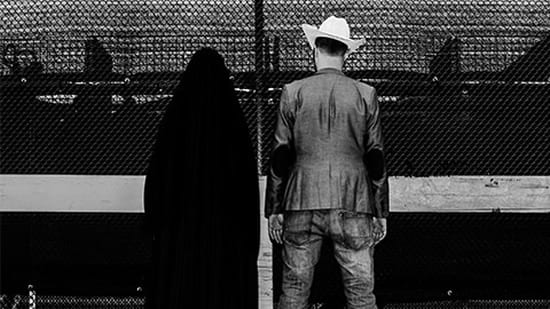 Anglo-Kuwaiti writer/director Sulayman Al Bassam returns to the Kennedy Center with the world premiere of Petrol Station, which uses its titular setting as a poetic space to explore the oppressions and aspirations of the Gulf Arab region.

This drama looks at a remote petrol station within earshot of civil war, providing the background for a familial standoff in which the crimes, secrets, and broken loves of one generation make violent claims on the lives of the next as two half-brothers vie for favors and allegiance from their aging father. The show runs March 24 and 25 at 8 p.m., with a 2 p.m. matinee on March 26. 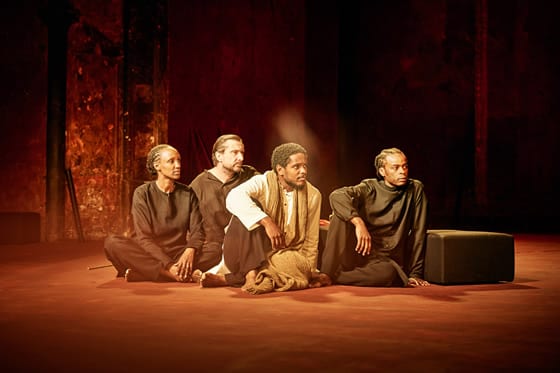 Legendary British director Peter Brook returns to the subject matter from his landmark colossal 1985 production of The Mahabharata to stage Battlefield, March 29-April 1 with shows at 7:30 p.m. each night, and a 2 p.m. matinee on April 2.

This new play from Théâtre des Bouffes du Nord, is a revised and extended excerpt from The Mahabharata and poses the enduring question: “how can we find inner peace while the world rages around us?” 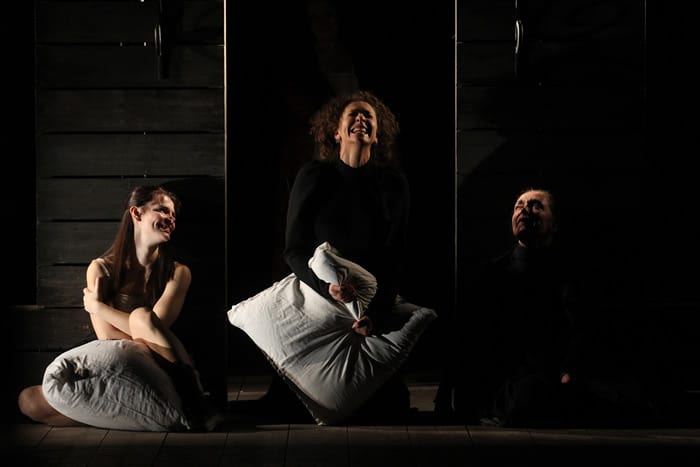 The last in the series finds acclaimed Russian director Lev Dodin working with the Maly Drama Theatre of St. Petersburg, in staging a luminous and emotionally raw retelling of Chekhov’s Three Sisters. Shows run April 26-29 at 8 p.m. with a 2 p.m. matinee on April 30.

“In each of these plays you can find some resonance in what’s going on in society today,” Adams says. “There’s something for everyone in this. People should expect to be entertained but also challenged.”

Concurrently, the Kennedy Center will also play host to the previously announced collaboration with the Sundance Institute to present a series of theater pieces in the Terrace Gallery featuring Institute alumni artists representing Palestine.

This includes playwright and performer Amer Hlehel’s TAHA, based on the life of the celebrated Palestinian poet Taha Muhammad Ali; the U.S. premiere of Where Can I Find Someone Like You, Ali?, an autobiographical work by Raeda Taha; and Creative Tensions: HOME, a collective conversation expressed in movement guided by moderator Phillip Himberg and provoked by speakers who approach the topic from different perspectives.

“They worked to develop the playwrights and we have the opportunity to present the works, which they don’t have,” Adams says.

“We may have a live Facebook stream to engage the directors as much as we can while they are here,” Adams says. “This is good theater, high-quality theater and work that is pushing the envelope, but at the same time is accessible and topical.”