It was 2012 when King’s Players was born.  For our first show, we tackled an original piece called In the Company of de Sade.  The premise was simple: a director attempts to stage the Marquis de Sade’s infamous dialogue piece, Philosophy in the Bedroom, for the Capital Fringe Festival, until the threats begin.  First against the production, then the actors in the production.  Will they risk it all to perform this show?

Philosophy in the Bedroom was written in play form (in 1795) but was never intended to be performed, as the piece contains almost non-stop sex and a climactic moment of extreme violence.  This basic story gave me the ability to skewer self-important directors, theatre, the so-called right, and politics in general, while examining the line between pornography and art: when is it art vs. just too much?

The process was one of the smoothest I’ve ever experienced: very little toxic energy and an amazing ensemble cast.  The actors tore into the material with fearlessness and ferocity.  The audiences (generally) loved it.  Our first review, by Amanda Gunther, writing for DC Metro Theatre Arts, ended with “This play is a slap in the face for most – frightening and exciting and new but it’s a huge wake-up call to those that want to see the real issues and boundaries and borderlines pushed in the theatre today. It’s energetic, and fresh, and full of humorously dark moments that are rich with sexual content. So don’t let this play slip away beneath the briny foam of the other 133 shows washed ashore at The Festival.” Ben Demers (for DC Theatre Scene) wrote, “the cast and crew of In The Company of de Sade pull no punches and leave no taboo unturned as they present a bawdy, sex crazed, and ultimately moving love letter to the boundary-erasing, creative power of theater.”

However, DCist’s Josh Novikoff warned, “Timothy R. King’s In the Company of de Sade is certainly not for the squeamish. The extremely graphic and sexual nature of the play is quite shocking, even for Fringe.”  Of course, we all loved that comment.  All in all, the show was popular enough to be invited to perform at another venue: the club Crucible, where we performed the show twice to amazingly receptive audiences.

So why do it again?

We have done five shows at Fringe with varying levels of success: following de Sade, we staged a crossgender Scottish play titled Mme. Macbeth; an original drama, Malevolence; a spoof of our Scottish play experience, the comedy MacWHAT?!; and last year’s comedy with music, …and a Ghost Grrl.  After our fifth show, I decided to call it quits with Fringe, at least temporarily, to focus our time and energy elsewhere  After considering our options, I wanted to finish as we began: with In the Company of de Sade.  It is reworked, retooled, and mostly recast but retains the humor, satire, and serious edge of the original production.

Sadly, this play is still relevant.  Perhaps more relevant now than in previous years since its premiere.  The theatre community still struggles with relevance and finances, which means survival.  Theatre must survive.  It is the oldest and most immediate of entertainments.  There is no substitute.  There is no equal.  What better way to celebrate this than with laughter.  So much laughter, we hope your belly aches a bit.  We also hope you leave Trinidad Theatre with some thoughtful reflection, as well.  The power of theatre, the joy of theatre, the family that is created with a theatrical production.  We show you what theatre means to us.  What does it mean to you, the audience?

This time, the rehearsal process is compressed but we always laugh.  Mitch Irzinski and Brittany Morgan reprise their roles.  The rest of the cast is new to the show but, in the cases of Nikki Summons and Jane Gibbins-Harding, not new to King’s Players, as each of them joined us with Mme. Macbeth, show #2.  Making their King’s Players debuts are Shemika Berry, MarQuis Fair, Michael Santos Sandoval, and Genevieve Williams.  They have fit perfectly into the King’s Players family.

The comedy has been described as “filthy but funny.”  While that is the most likely take-away, we also hope the show offers some issues to ponder and inspires some reflection.  If not, you’ll still have a rollicking good time In the Company of de Sade.

And you’ll get a goody bag!

Tickets for In the Company of de Sade 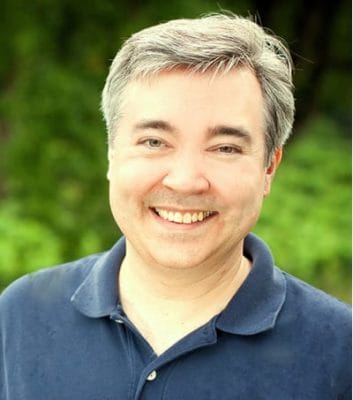 Timothy R. King is an actor, teacher, playwright, director, producer in the DC area.  He is the artistic director and founder of King’s Players, where the majority of his plays have been produced, including In the Company of de Sade, Malevolence, MacWHAT?!, and this past summer’s …and a Ghost Grrl.  Other plays produced include A Cozy Little, Fire-Lit Evening and Hunting with Rabble Crew Productions, Snow, like, White and the Dwarf at Adventure Theater, Lance and the Fam at Maryland Ensemble Theatre, Two People at Chevy Chase Players.  Two of his plays (Life Is Not Always Beautiful and Malevolence) have been finalists for the Shakespeare in the ‘Burg festival.  He is also a full-time Theater Arts teacher at Washington Irving Middle School.  As an actor, favorite roles include Frank N’ Furter in Rocky Horror Show and Hedwig in Hedwig and the Angry Inch, both at Maryland Ensemble Theatre; Carmen Ghia in The Producers at American Music Stage; Willy Wonka at Alliance; Albin in La Cage aux Folles; 3 years at “Champagne” Charlie in Christmas at the Old Bull and Bush with Interact Theatre at Arena Stage; and Lady Macbeth (twice) with King’s Players.