There are also horses. They make good choices.

Allison Gregory, who wrote the best show in the CATF last year (Not Medea), here writes a serviceable, occasionally funny story, but in the end you may be forgiven if you wonder, as Gertrude Stein said of Oakland, if there’s any there there. Our nameless protagonist (Kate Udall) runs with her friends, the riotous Abby and the accident-prone Linney; they break into Abby’s parents’ bar and drink their liquor; they try to buy pot from a dork; they fantasize about hot guys; they drive a car without a license. These are all things you did when you were thirteen, or, if you didn’t, I bet you wish you had.

Eventually our protagonist and her friends are confronted with a real dilemma, the resolution of which would require the involvement of professionals. Instead, they try to fix it themselves, with results less tragic than they could have been. “When we are young, everything has an edge to it,” Gregory explains. “There [is] no proportion to life. Everything [feels] hugely mundane or massively incomparable or insanely wrong.”

Conceded, but the dilemma that the three girls ultimately face is a real one, and they’re not wrong to treat it as serious and immediate. Their mistake was not to confront the problem but to try to resolve it themselves – which is not a product of their youth so much as it is in their mistrust (in the protagonist’s case, justified) in the society around them, particularly the adults. 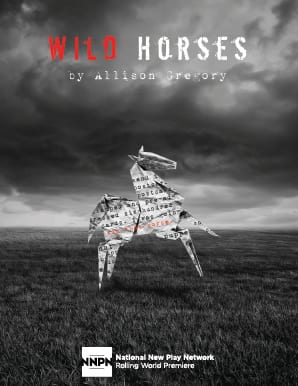 Udall is ingratiating, even engaging, in the play’s solitary role but she is not compelling. There are two ways to do a solo play – as if it is being done in real time (as in I am My Own Wife) or, as it is done here, in retrospective. Doing it in retrospective sometimes gives it the aspect of a colorful Uncle telling war stories at a family reunion, and Udall is a little bit of that here. We know that, whatever happened in her youth, our narrator survived, more or less intact. To make us emotionally invested, the play must imbue a character, whose fate is uncertain, with a rooting interest. But neither Gregory, Udall nor director Courtney Sale manage to make it happen.

Udall does ten characters, by my count, which is a massive challenge for any actor, but she mostly differentiates among them by changing the pitch and timber of her voice, changing her hair clip and scowling. It is sometimes difficult to know who is saying what during the rapid fire of Gregory’s dialogue, although the problem never grows so large that it interferes with the delivery of the story line.

Set designer Jesse Dreikosen does some innovative things – for example, parking a concession van at the rear of Studio 112 and using it to illuminate the story. When the protagonist describes climbing down a rope ladder from her bedroom, Udall climbs across the roof of the van; when she describes the time that she was able to finagle a car from Abby’s mean brother Dean she gets into the cab of the concessions van. Plus you can buy Cracker Jacks and other stuff before the show.

However, Studio 112 is a black box. This show has people seated in the performance space, which is surrounded by audience on three sides. When Udall crouches, which she does three or four times, it is hard to see her from above.

The great thing about Not Medea was that you watched a woman who could not love her child, and in the end your heart wept for her. Here, we learn that teenagers are goofballs, often with good hearts, and get into more trouble when their parents are goofballs, too. But I bet you already knew that.