This holiday season in New York means at least ten Christmas Carols, including one this year on Broadway, and 15 Nutcracker Suites.  Holiday shows in the city range from family fare to offbeat satires and even off-color burlesque,  many of which return year after year. But any guide must begin with the two oldest and best-known:

This 90-minute show starring the Radio City Rockettes has been an annual tradition since 1933, helping to define the holiday season.

An annual tradition since 1954, New York City Ballet employs all of its 90 dancers, as well as 62 musicians, 32 stagehands and two casts of 50 young students each from the School of American Ballet to present this Tchaikovsky-scored ballet about a brave young girl who “turns the tide in a battle between toy soldiers and mischievous mice.” There’s also an onstage blizzard and a Christmas tree that grows to 40 feet.

Breakdancing to Tchaikovsky’s music, courtesy of Kurtis Blow, this electric troupe tours annually for one or two shows in each venue. This year, these include Kings Theatre in Brooklyn on December 15 and New Jersey Performing Arts Center in Newark, N.J. December 20-21 (and at Strathmore in North Bethesda, Maryland Dec 17-19)

For those too young to sit through any of these, My First Nutcracker, (through December 22) “best for ages three to eight.”

Hoping to start an annual tradition, this Christmas Carol, imported from England and adapted by Jack Thorne (best-known for writing “Harry Potter and the Cursed Child”) and directed by Michael Warchus (Matilda the Musical, Groundhog Day)  stars Campbell Scott as Scrooge, with Andrea Martin and LaChanze as Ghosts of Christmas Past and Present. As I pointed out in my review, this production has some  can seem almost dangerous, with the audience getting thrown clementines and cookies from the stage before the show even begins. Then we’re pummeled with food items like sausage links, as the cast assembles an elaborate Christmas dinner, and doused with two separate snow storms – which looked and felt like real snow (in contrast to the paper blizzard at Slava’s Snowshow, another holiday show on Broadway.) There are also a dozen Christmas carols,  the last of them performed entirely by handbells held by the cast, a very lovely moment.

Other A Christmas Carols:

One holiday staple, now in its 16th year, combines both Nutcracker and A Christmas Carol: Los Nutcrackers: A Christmas Carajo at the Bronx Academy of Arts and Dance
“a gay, Latino comedic play” through December 21 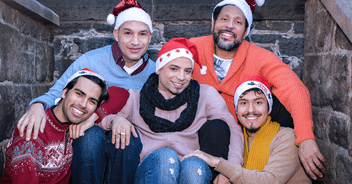 Julie Taymor directed this 100-minute English-language version of Mozart’s opera, which debuted a decade ago. She also created the costumes and supplied the puppets.

Peter and the Wolf with Isaac Mizrahi, Guggenheim Museum
Dec 13-15 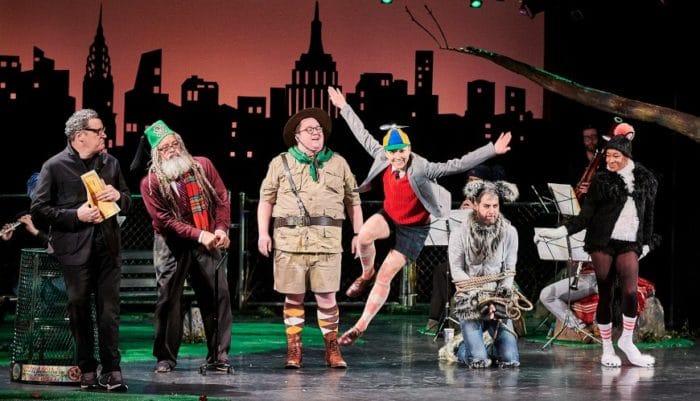 The fashion designer narrates Sergei Prokofiev’s children’s classic which he first performed at the museum in 2007. Mizrahi also designed the costumes: Peter, for example, has a beanie with a pinwheel on top. 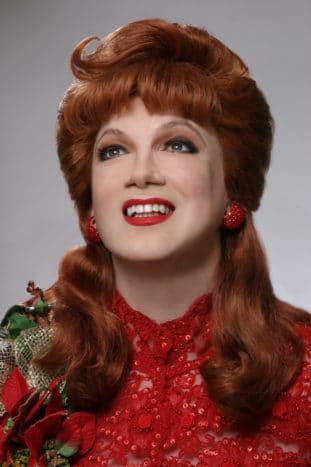 In Charles Busch’s 20th annual staged reading of his homage to holiday films from the 1940s, he performs as Irish O’Flanagan, a tough-as-nails nightclub chanteuse in 1940’s Manhattan who makes Scrooge look like a sentimental sap.

Cirque du Soleil muscles in on the seasonal holiday show with this new, acrobatic take on “A Visit from St. Nicholas,” the famous poem by Clement Clarke Moore, and the first thought has to be: Why didn’t they think of this before! The story, as they explain it, is about how Isabella, initially jaded by the hoopla surrounding Christmas, is “whisked away to an upside-down, inside-out world” full of characters “inspired by” the poem (surely Dasher! then, Dancer! then Prancer and Vixen!), and changes her mind.

Cirque Mechanics brings their own acrobatic circus acts, at a much lower ticket price, to the city’s best theater for young people, New Victory. 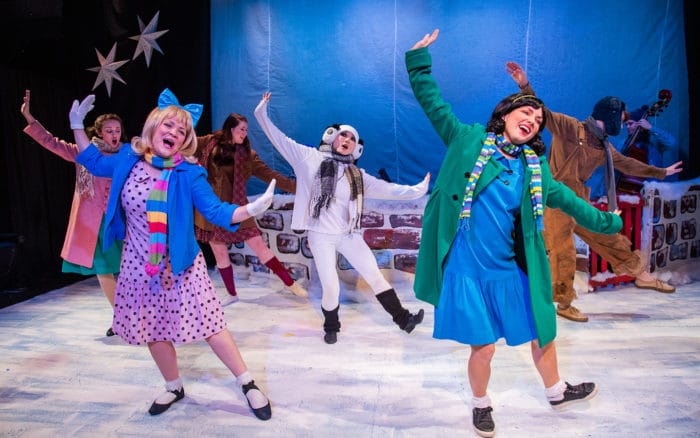 A stage adaptation of the 1965 TV special starring the characters from the old Peanuts comic strip.

The Laurie Beechman Theater, in the basement of the West Bank Café on 42nd Street, has an annual tradition of holiday specials presided over by some of RuPaul’s favorite drag queens.

Every Christmas Story Ever Told….and Then Some Theatre Row
Through December 22 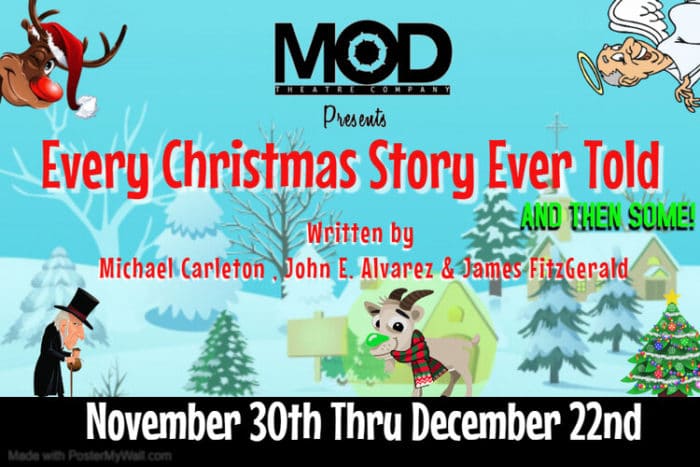 Three actors perform every Christmas story ever told, and sing every carol, and engage in Christmas traditions from around the world, all in 90 minutes.