Leading my most memorable performances for 2019 would have to be the Chamber Dance Project’s premiere of “Prufrock” in June at Sidney Harman Hall. 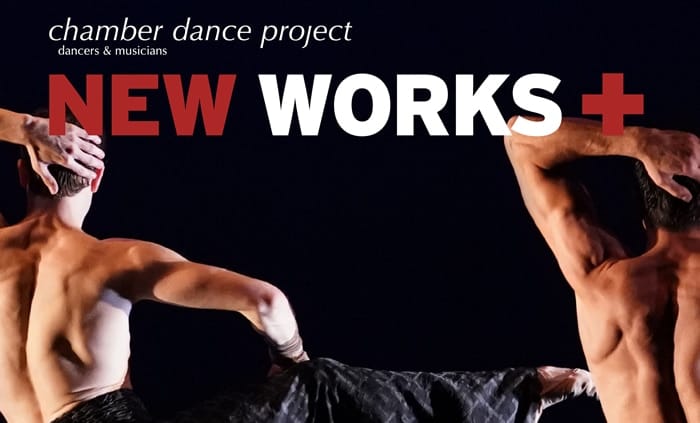 Choreographed by the company’s founder and artistic director, Diane Coburn Bruning, “Prufrock” turned five dancers into a teeming but lonely city of suited, bowler-hatted strivers  running, colliding, connecting like strays from a painting by Magritte or a play by Beckett. They wound about the stage like Eliot’s “yellow fog that rubs its back upon the window-panes,” its tongue licking “into the corners of the evening.” The electronic sound collage by James Bigbee Garver incorporated ghostly whispers over fragments of Ravel’s sweet, melancholy Adagio Assai from the Piano Concerto in G Major, all riding on a synth bass throbbing like London’s pulse. It was an enthralling visit to the questing spirit of a churning metropolis. And that was but one of seven superb works packed into that memorable evening. – Alexander C. Kafka

Matthew Bourne’s ballet Cinderella, in January at the Kennedy Center, brought an idiosyncratic but deeply stirring reconsideration of the folk tale we know from the Brothers Grimm. The choreographer set the story in London during the Blitz, and his heroine smolders rather than feeling sorry for herself. Her romance with a shell-shocked aviator prince was romantic, sensual, and wonderfully quirky. – Alex

Step Afrika!’s silver-anniversary performance, also in June, stands out in memory for “Ndlamu,” choreographed by Jackie Semela and inspired by a Zulu warrior dance. To a mesmerizing twister of polyrhythms from six drummers, dancers, in their acrobatic jumps, swirls, leaps, and pelvic gyrations, dug deeply into a rich heritage while unabashedly enjoying the showiness of the enterprise. – Alexander C. Kafka

I found Taking Up Serpents so haunting that I returned to experience it a second time. The work surpassed all the one-hour operas that have been introduced through Washington National Opera’s impressive commissions in its American Opera Initiative. Composer Kamala Sankaram and librettist Jerre Dye compressed artfully universal themes of redemption, cross-generational conflict, and gender role norms while delivering a story about Pentecostals in the Appalachian South and – stranger still to most of our metropolitan dwellers – snake handlers. They showed the sometime banality of contemporary small town life, but also revealed with intimate knowledge and respect universal longings for spiritual ecstasy and deep connection. They created a chamber opera as strong and inventive musically as it was emotionally compelling.

Taking Up Serpents is an opera of metaphor, and (like the moths introduced in the libretto’s first minutes) progresses in fluttering fragments of compressed text and evocative music. Like all great works in this music-theatre genre, it incorporates huge emotional shifts.  Right when the Father sings, “I stand before you a broken man… a useless man…Save me, Jesus, from ma’self,” he is struck by the luminous experience of conversion. Later in the opera, the story reveals the ‘flip’ side of such a believer – one who has traded doubt and humility towards the Mystery to absolute and rigid adherence to his faith. In the most powerful scene of the opera, the father takes his daughter out at night to hunt for snakes. The more the girl shows her fear, the more the mask of “normalcy” slips to reveal the dangerous power of patriarchy that has historically used religion to bludgeon women into submission, citing the Biblical story of Eve’s trespassing and collusion with the serpent as proof. Timothy J. Bruno, who plays this patriarch, completely inhabits this complex and troubling man, making you feel his crippling fear, great anger, religious ecstasy, and patriarchal self-righteousness. – Susan Galbraith

Every age gets to reassess the value of a work of art relative to its present times, and not just aesthetically but politically. Never more so than today. Sometimes a work gets excoriated, bashed in, and thrown on the artistic ash heap. However, Timothy Nelson, Artistic Director of the In Series, took Giacomo Puccini’s canonical opera Madame Butterfly, a work that has proved troublesome in recent years because of its cultural appropriation of the world of the geisha, the unabashed exoticism, gender stereotypes and racial overtones and re-examined and re-imagined it.  By stripping away characters, lush visuals, and musical forces (reducing the score to prepared piano played on stage,) the new work focuses on the interior world of the heroine’s mind, interpreting her as fragile and “unreliable” mentally as the winged creature with whom the young woman identifies. Furthermore, Nelson cast and showcased two alternate leads, a practice often done in opera, and here he honored two quite different interpretations and even vocal approaches.

Amanda Palmeiro’s performance was very moving, if the more traditional, and, in the small Source space on 14th Street, she conveyed through pianissimo passages of a fragile and heart-wrenching heroine. Then I saw Marybeth Diggle in the title role who, fearless and nearly animalistic in her approach, excavated such charged emotional depths that she revealed before us a shattered woman from real or imagined trauma whose mind had disintegrated. One moment cradling origami creatures, the next clawing down the papery set, I was blown away by this cross-over artist whose physical instrument and gestural language were as powerful and expressive as her voice to convey pain. – Susan Galbraith

In May, Washington National Opera gave us Tosca, Giacomo Puccini’s opera set in 19th century Rome during a period of political turbulence when Napoleon’s forces went head-to-head with the monarchists.  Its themes of sharp political divides, the grab to stay in political power at whatever cost, and the assumed power of sexual conquest by men over women threatened to rattle our cages, were so resonant to what we are living.  But what struck me the most was the question put to almost every character in the opera in one form or another, “What do you stand for?”

The challenge to the individual to stand up to tyranny is made by proxy in the opera to every one of us in the audience. Director Ethan McSweeney, whose schoolboy years were on the grounds of the Washington National Cathedral, had acquired an insider’s knowledge of how to fill such vast “sacred” space, and he did so with ordinary life and detail.  The palette for this production was gloriously rich, and McSweeney’s sense of dramatic flair came out not just in the moments of relationship but in the “stills” he created at the end of each act, shot through with lambent lighting by Designer Gary Marder. Keri Alkema was a beast as Tosca, a fearless “drama queen”  that the character Floria Tosca must be. One moment she was almost deliriously pious, the next, wantonly hungry and wrapping limb to limb with lover Cavaradossi and practically drinking him up, then in jealous outrage accusing and pushing him away – and these were just her warm up moments!  Later in the opera after such an emotional and vocal steeplechase, Tosca has to rein everything in and go inward in the opera’s rare moment of reflection. What do I stand for? Alkema started center stage seated on the floor, began by spinning out a gossamer thread of sound in “Vissi D’Arte.”  I won’t forget the way she delivered this gorgeous, heartbreaking aria. – Susan Galbraith

There is a theme in my choices this year which I see now has all to do with the power of the “second chance,” that is the singular importance of multiple viewings of certain performances, especially the complicated genre of opera with its “so many moving parts.”  So let me just say that while I had seen Francesca Zambello’s production of La traviata in October 2018 in the Opera House of the Kennedy Center for the Performing Arts, and had certainly found much to admire, it was not until the same production was remounted “out of town” (in Zambello’s summer quarters at Glimmerglass in this co-production with WNO) that I could appreciate that the production had aged like a cask of great wine to its full brilliant complexity. Zambello’s bold choice of framing the whole tale in a tubercular sanatorium, and thus our seeing the story unfold backwards, as it were, had made for a very dark and challenging arc for the audience first time around.  Zambello had spared no details of the horror and isolation of Violetta’s disease.

But out of town, conductor Joseph Colaneri joined the team and brought to the production his special affinity for the Italian master Puccini. He drew out the intimacy of these relationships and the fragility of our heroine through his insistence on reining in both orchestra and singers. The space also afforded greater intimacy by its size, configuration and warm acoustics. In soprano Amanda Woodbury, Colaneri and Zambello found just the right interpreter of Violetta Valéry for their combined vision.  As I wrote, “Woodbury is dazzling and plays the part always on the edge – one moment a feverish, voluptuous hedonist determined to seize every last drop from life to the end and the next a wraith collapsing from the strain of even sipping a thimble-full of precious air into those diseased lungs. How she does this so convincingly while at the same time supporting and spinning out the most pianissimo lines is the soprano’s own death-defying feat. And Woodbury does it – over and over. As she sings, she draws us ever closer to hear those precious vowel sounds – yearning with her to push back time and catch just one more gossamer breath-line.” – Susan Galbraith

A Tale of Serse, In Series

Timothy Nelson ended his first season as Artistic Director of In Series with a stunning and musically gorgeous production of A Tale of Serse. Like  the composer George Frideric Handel, Nelson is a synthetic artist who likes to tweak and merge disparate material to create radical new experiences for the operatic form and “captivate our own contemporary audiences.” Merging Handel’s baroque musical sensibilities with an homage to 13th century Persian poet Jalal al-Din Muhammed (better known in the west as Rumi) might seem a tall order, but Nelson forged a shimmering meditation on love, both of the human and the spiritually-divine variety. Nelson got his “handle on Handel” through his passion for the great poet, born in what is now Afghanistan as Mawlana Jalaluddin Balkhi but claimed by and known as the Persian Jalal ad-Din Muhammed Balkhi.  He replaced Baroque gesture with clean, minimalistic and very stylized gestures taken from ancient Persian miniatures and Islamic prayer and created an instant “classic” with an altogether original look.

Jarrod Lee served in the role of the poet and the only performer whose voice was mic’d. It gave him the advantage of being able to keep his ruminations intimate, present yet never disruptive.  Opera bass-baritone Lee has a beautiful spoken voice, rich in tone and expressive, and it is a deep pleasure to hear Rumi’s poetry come to life.  Janna Critz as King Serse proved a wizard of Handel’s ornamentation. Jaely Chamberlain affected me deeply with both her nuanced characterization and phrasing. Warren went wild with a (high) rapturous coloratura sound, and she seemed fearless throwing herself into any directed action without ever missing one breath-taking run. The opera paid homage to Rumi and Handel simultaneously. – Susan Galbraith

We hope you will share your most unforgettable shows of 2019 in the comments below.