Victor Shargai, generous benefactor, friend and advocate for theatre in the Washington DC area, passed away on December 24, 2019. His husband, Craig Pascal, invites everyone to a virtual Victor Shargai Memorial Celebration to honor the life and legacy of one of Washington theater’s brightest stars. Featured will be some of his favorite performers.

Bike America is a multi-state, multi-generational odyssey to discover our obsession with happiness. Penny is searching to bring more meaning into her life, to find a lifestyle that suits her and a town that feels like a home. Meet Prologue’s cast of 7  as Bike America pedals the audience along a cross-country bike trip from Boston to California, with stops in big cities and small towns along the way.

It’s truly an event with a difference. Prologue invites everyone to get off their couches and join their 4,000 Mile Challenge which takes off  July 25, and travels the coast-to-coast route of the play. Bike, run, walk – indoors or outdoors.  My Virtual Mission app will logs the mileage and Prologue will supply fresh content of the places visited in the play.  Details will be sent to all who register here.  A benefit for Prologue Theatre 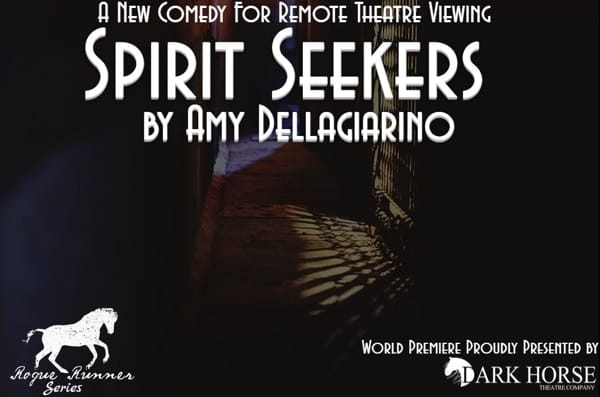 An amateur group of ghost hunters camps out in the haunted and infamous Hunterville House only to end up encountering more then they bargained for. A fast-paced comedy for online theatre filled with laughs, ghosts, and face paint. A Q&A with cast, crew, and the playwright follows the performance.

Note: Due to the poor audio quality of this production, we have removed the original TV version of Cinderella on the Rodgers & Hammerstein’s YouTube network from this list.

We rarely list one day events here, but make an exception for this extraordinary international event: the live streamed performance of The Persians and its preceding one hour tour of the ancient theater of Epidaurus. Written in 470 BC,  this performance of The Persians, Aeschylus’ tragedy about the defeat of Xerxes’ navy at the Battle of Salamis is, in the words of the company, “an omen that Aeschylus says to the then modern Athenian public: Be careful not to become arrogant.” In Greek with English captions. 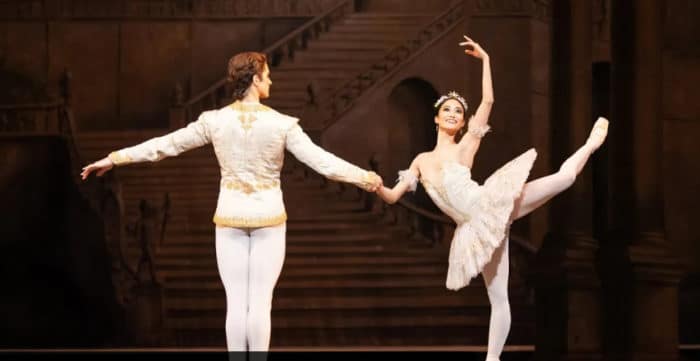 Set to Tchaikovsky’s romantic score, this was the first dance performed by The Royal Ballet when it launched in 1946. Recorded earlier this year, this mounting stars Fumi Kaneko as the title character and Federico Bonelli as her prince, and the choreography is an amalgam of Marius Petipa’s 19th-century steps and new movement created for the troupe by Frederick Ashton, Anthony Dowell and Christopher Wheeldon. 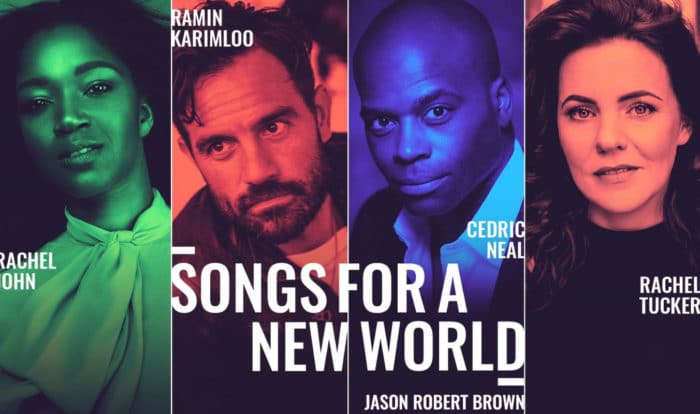 Jason Robert Brown’s first musical, a favorite among DC area companies, is performed by UK company The Other Palace, which describes its song cycle: “It’s about one moment. It’s about hitting the wall and having to make a choice… or take a stand… or turn around and go back. These are the stories and characters of today, the Songs for a New World.”  Note: Performance time listed is 7:30pm BST (5 hours in advance of ET).
In These Uncertain Times
from Source Material
Performance times:
Saturday, July 25 at 7pm ET, Sunday, July 26 at 2pm ET, Saturday, August 1 at 7pm ET, and Sunday, August 2 at 2pm ET
$10 – $25 suggested donation
Click for details

In These Uncertain Times  is a devised digital performance piece by Source Material, directed by artistic director Samantha Shay. The company defines it as “a new dramaturgy defined by dystopia, and it is a love letter to the art of theater. ”